The Stray is famous for being one of the top landmarks in Harrogate, it has over 200 acres of grass parkland that gives the town a fantastic green appearance, it also gives a space which the public can use for games, walks, and relaxation. With a good variety of food and drink shops nearby ensures you have all you need to enjoy some relaxing time out of the town but only by minutes Apart from kite flying and ball games it also has football pitches for local teams and enjoys a visit from a funfair twice a year as well as a bonfire in November. The Stray is protected by an act of parliament and its total area has to remain. So should any of it is ever be removed it then has to be replaced elsewhere, this ensures that this wonderful public space public space will remain at the heart of the town.

The area of the Stray was historically part of the Forest of Knaresborough, a royal hunting forest that passed into the hands of John of Gaunt, Duke of Lancaster, in 1369. The forest remained in the hands of the Duchy of Lancaster, which still owns the freehold of the Stray. By the 18th century, the forest had long outlived its original purpose, and the spa town of Harrogate was growing within the forest. The Duchy became concerned at illegal encroachments on its land and considered the enclosure of the forest. The Duchy commissioned a survey in 1767, which resulted in an Act of Enclosure in 1770. The commissioners’ subsequent survey recognised the value of the unenclosed land which gave visitors unhindered access to the various mineral springs around Harrogate, and their Great Award of 1778 set aside two hundred acres to be forever unenclosed. The Award ensured the public right of access to the land linking the wells and dedicating a long stretch of land for those seeking the cure to walk and exercise in.

The Award allotted grazing rights or gates on the unenclosed land so that animals on the 200 acres were free to stray without a tether, giving rise to the popular name for the land, the Stray (a term used elsewhere in Yorkshire for unenclosed lands, such as at York and Redcar. Neither the Act of Enclosure nor the Award made any provision for ongoing management of the Stray. In 1841 a new Act of Parliament, the Harrogate Improvement Act, established a committee of Stray gate owners, but in practice, this enabled the gate owners to generate income from renting parts of the Stray for purposes other than grazing animals. In 1884 Harrogate was incorporated as a municipal borough, and the new corporation negotiated the purchase of the gates. A further Act of Parliament in 1893 required the corporation to maintain the Stray as a public open space.

In 1932 the corporation’s action in planting large formal areas planted with shrubs provoked opposition and led in 1933 to the formation of the Stray Defence Association. Another Act of Parliament, the Harrogate Stray Act 1985, made the new Harrogate Borough Council the protector of the Stray, and permitted the use of up to 8.5 acres of the Stray for spectator events. A variation was granted for the Tour de France in 2014, but proposals in 2016 to relax the restrictions permanently met opposition and were abandoned. The Stray is traditionally the site of parades and civic events. For example, at the Golden Jubilee of Queen Victoria in 1887 the people of Harrogate roasted an ox for the occasion and drank 500 gallons of beer. During World War II trenches were dug on The Stray in fear that German planes might use the open land as a runway. 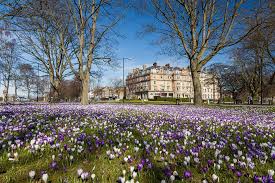 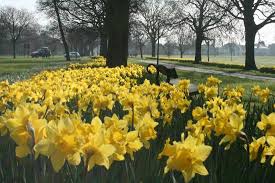 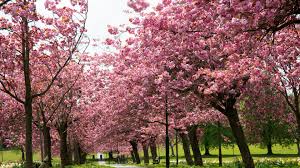